View basket “Unspoken Legacy” has been added to your basket.

The Miracle of Mals – An Introduction to Resistance

Industrial agriculture is on the rise everywhere.
Everywhere? No! Courageous villagers
in Mals, Austria, have resisted these changes.
In a referendum, the majority of villagers
opted for a future without agricultural pesticides.
Since then, an unequal battle has begun:
on one side, the community with 5000 inhabitants,
led by a dozen charismatic people; on
the other side an overpowering alliance of the
farmer’s federation, state government and the
agricultural industry.
In his book, Alexander Schiebel not only tells
the story of this rebellion but also reveals the
recipe to the magic potion that makes the
brave villagers invincible. This book is a source
of inspiration for resistance movements all
over the world – and a lively portrait of a little
village that wants to take its destiny into its
own hands. 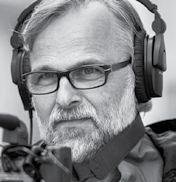 ALEXANDER SCHIEBEL turned his passion for storytelling into a professional career by learning the craft of film-making in Vienna. After a short spell as a web developer and in online marketing, the Miracle of Mals has been the focus of his energy since 2013. For a year the native of Salzburg has lived in Mals with his family to support the small village in its courageous struggle.
This website uses cookies to improve your experience. We'll assume you're ok with this, but you can opt-out if you wish. Cookie settingsACCEPT
Privacy & Cookies Policy