What if there were a natural health-promoting substance that was inexpensive, available at any grocery store in the country, and probably sitting in your cupboard right now? There is. It is called sodium bicarbonate, although you may know it as baking soda. For years, sodium bicarbonate has been used on a daily basis as part of a number of hospital treatments, but most people remain unaware of its full therapeutic potential. In his new book, Dr. Mark Sircus shows how this common compound may be used in the alleviation, or possibly even prevention, of many forms of illness.

Sodium Bicarbonate begins with a basic overview of the everyday item known as baking soda, chronicling its long history of use as an effective home remedy. It then explains the role sodium bicarbonate plays in achieving optimal pH balance, which is revealed as an important factor in maintaining good health. The book goes on to detail how sodium bicarbonate and its effect on pH may benefit sufferers of a number of conditions, including kidney disease, fungal infection, influenza, hypertension, and even cancer. Finally, it lists the various ways in which sodium bicarbonate may be taken, suggesting the easiest and most effective method for your situation.

By providing a modern approach to this time-honored remedy, Sodium Bicarbonate illustrates the need to see baking soda in a whole new light. While it was once considered simply an ingredient in baked goods and toothpaste, sodium bicarbonate contains powerful properties that may help you balance your system, regain your wellbeing, and avoid future health problems. 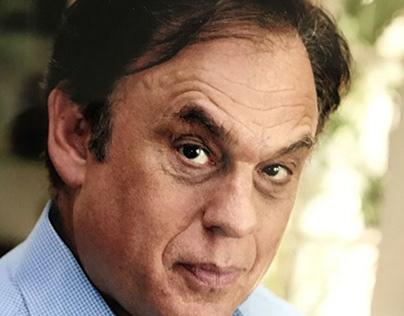 Earl Mindell, RPh, PhD, is a registered pharmacist, master herbalist, and college educator. He is also an award-winning author of over twenty best-selling books, including Earl Mindell's New Vitamin Bible, which has sold over 11 million copies worldwide. Dr. Mindell was inducted into the California Pharmacists Association’s Hall of Fame in 2007, and was awarded the President's Citation for Exemplary Service from Bastyr University in 2012. He is on the Board of Directors of the California College of Natural Medicine, and serves on the Dean's Professional Advisory Group, School of Pharmacy, Chapman University. In addition to being a highly sought-after lecturer, he has appeared on numerous TV shows such as Good Morning America and the Late Show with David Letterman. He and his wife reside in Beverly Hills, California.
This website uses cookies to improve your experience. We'll assume you're ok with this, but you can opt-out if you wish. Cookie settingsACCEPT
Privacy & Cookies Policy