“May Allah Send You to the Darkest Depths of Hell!”

Why a Muslim Fights for Diversity, Tolerance and Freedom

Why don’t we see thousands of muslims protesting against terrorists who are murdering on behalf of the Koran? Why do they stand aside silently while their religion is being corrupted by radical Muslim brothers and sisters? Why do they not fight against racism out on the streets shouting to protect their rights? Hassan Geuad created the initiative “12MemoRise” in order to provoke some answers to these questions with spectacular actions. But doing so let him get caught in the middle: It’s still a big no-go for Muslims to criticize other Muslims. After his fiancée was pressured into breaking up with him by her family and he received several death threats, he decided to tell his story of a fight for a modern Islam and a more tolerant society 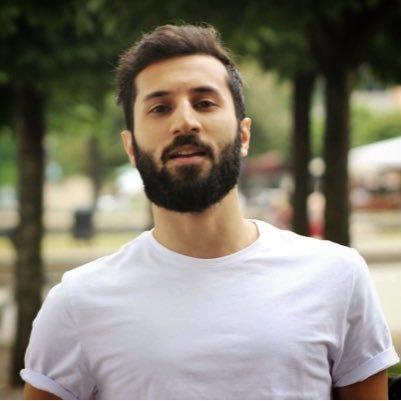 Hassan Geuad cam to Germany as a refugee from Iraq and studied Media and Communication Sciences aswell as German studies. He works in marketing analysis. Alongside his brother Muhamed, he created the initiative "12MemoRise", where they protest against the IS forming drastic actions and spectacular events. The film "Religious Warrior" (2017) documents his activism and was named best documentary by the German film academy that same year. Hassan Geuad also gives workshops at schools and universities. He lives and works in Duesseldorf.
This website uses cookies to improve your experience. We'll assume you're ok with this, but you can opt-out if you wish. Cookie settingsACCEPT
Privacy & Cookies Policy