Did you know that the vibrations produced by purring make broken cat bones heal faster? Or that the naked mole rat, due to its height, should get to be two years old, but actually livesup to twenty years and older? Cancer research is just trying to figure out its secret.

A loving appeal for the preservation of species

In “Noah’s Ark Principle – Healing from the Animal Kingdom”, the veterinarian Dr. René Anour shows fascinating healing powers that lie dormant in animals and that we can make use of now, or in the future. With which we may one day be able to cure diseases that we don’t even know about yet. Linguistically and narrative brilliantly, Anour, who is also successful as an author of sophisticated detective novels, paints the picture of a planet on which humans and animals are connected to one another on many levels and yet sometimes imperceptibly.

Imperceptible interaction between humans and animals

The book is a loving appeal for the preservation of biodiversity, including indications of what everyone can contribute to it.

Because everyone talks about animal species that are becoming extinct, but nobodyever thinks it through to the end, when they notice that fewer fish swim in the lakes of their childhood than in the past, that the water in these lakes is murky, that there are fewer insects buzzing in the air and that the chirping of birds has become more monosyllabic. But with that we are losing an inestimable gene pool, that we will sorely miss, if we lose animal species that hold the key to solving human problems. 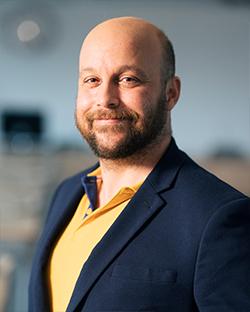 René Anour studied veterinary medicine in Vienna and did a research stay at Harvard Medical School. Now he works for the Austrian Agency for Health and Food Safety and works as an expert for newly developed medicaments for the European Medicines Agency
This website uses cookies to improve your experience. We'll assume you're ok with this, but you can opt-out if you wish. Cookie settingsACCEPT
Privacy & Cookies Policy