The true story of how survivors of the Mumbai terrorist attack answered hatred with compassion.

In November of 2008, a group of terrorists attacked Mumbai. One of their targets, the Oberoi Hotel, was where Master Charles Cannon of the Synchronicity Foundation and twenty-four of his international associates were staying. During the 45-hour siege, four in the group were wounded – and two were killed.

When rescued by SWAT teams and interviewed by international media, Synchronicity survivors did not express accusation – but compassion and forgiveness. This ignited a stunned curiosity throughout the world and a deluge of email messages and phone calls. “How did you get to be the way you are?” people wrote, and “How can I learn to be that way too?” Forgiving the Unforgivable is the answer to those questions.

This book outlines how true, deep and unqualified forgiveness can become an instinctive response in our catastrophe-prone world. As survivors retell the horrific moments of their ordeal in this epic narration, they also reveal the spiritual beliefs that enabled them to transcend and transform this terrifying experience. This could become a source of inspiration and strength for millions. 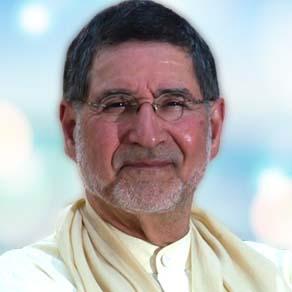 Master Charles Cannon is known worldwide as a Master of Meditation, Contemporary Spiritual Visionary and Holistic Educator. He is the originator of the Synchronicity Experience and author of the spiritual autobiography The Bliss of Freedom. His mystical awakening began to unfold in his childhood and has continued throughout his life. In 1970, while still in his early twenties, he travelled to India where he became one of the closest Western disciples of Paramahansa Muktananda. Master Charles was extensively trained in orthodox Vedic/Tantric philosophical contexts and was ordained a monk of the Vedic Order of Sannyasins, the oldest existing monastic, contemplative order in the world today. In 1983, Master Charles returned to the United States and founded the Synchronicity® Foundation for Modern Spirituality, dedicated to the contemporized, technological approach to the art and science of meditation and holistic lifestyle. Synchronicity Contemporary High-Tech Meditation® soundtracks are used by hundreds of thousands of people worldwide. Master Charles has presented programs at the World Health Organization; the National Institutes of Health; Columbia, Oxford, Tel Aviv and Bombay Universities; Westminster Abbey; the United Nations and the Vatican.
This website uses cookies to improve your experience. We'll assume you're ok with this, but you can opt-out if you wish. Cookie settingsACCEPT
Privacy & Cookies Policy