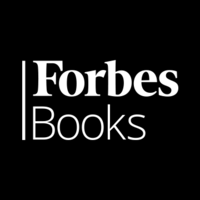 Launched in founder Adam Witty’s spare bedroom, Advantage|ForbesBooks was founded in 2005 under the name Advantage Media Group. Adam’s mission was to demystify and democratize book publishing. Given his passion for entrepreneurship, he quickly realized that business owners were the people that could benefit most from a book. By partnering with local writers and graphic designers at the time, he pioneered a done-for-you system that made publication an effortless experience, even within the demanding schedule of a business owner.

Advantage could write, design and distribute books that told the stories of its authors—whom Adam warmly referred to as “Members” of the “Advantage family.” The process appealed to hundreds of entrepreneurs nationwide. The idea gained steam and spawned imitators.

After growing to a team of more than 20, Adam took note of something critical: once Members were armed with a published book, they still needed guidance on how to market and leverage the newfound “authority status” authorship afforded. He adapted the company to meet this need.

Adam understood that a published book amounts to a marketing tool. Every business owner who published suddenly had more clout in their industry. Some Members even became celebrities on the strength of their book. Many were able to beat out competitors, because their book “tipped the scale” in customers’ minds.

He realized that a published book lends authority to its author. With a book, they can turn their name into a fully realized brand. Adam polished the foundational principles and processes of this idea and called it Authority Marketing®. Thereafter, Advantage would not only publish books, it would help authors use the book as the foundation to build authority. With authority status, authors leverage that currency to grow their business.

As Advantage’s star rose, business media juggernaut Forbes took notice. Although Forbes had dominated the magazine market for decades, they had yet to make a foray into books. Advantage’s track record and entrepreneurial target market made Advantage Media Group the perfect match for Forbes’ budding ambitions for a book publishing imprint. In 2016, Forbes partnered with Advantage Media Group to launch ForbesBooks. Advantage dropped ‘Media Group’ from its name, and joined its new sister imprint to form a single company: Advantage|ForbesBooks.

ForbesBooks is the company’s premium imprint, for leaders that truly are “The Best in Business.” Once their book is published, authors are given access to publish thought leadership content on Forbes.com, receive game-changing visibility in Forbes Magazine print ads and much more. The imprint publishes a distinct and selective list of business book titles each year. ForbesBooks Review, a supplement to Forbes Magazine, is mailed to Forbes massive subscriber audience twice a year.

Today, ForbesBooks is one of the most prestigious business book publishing imprints for authors. Authors share their content within the Forbes ecosystem, having the opportunity to touch millions of leaders around the globe.